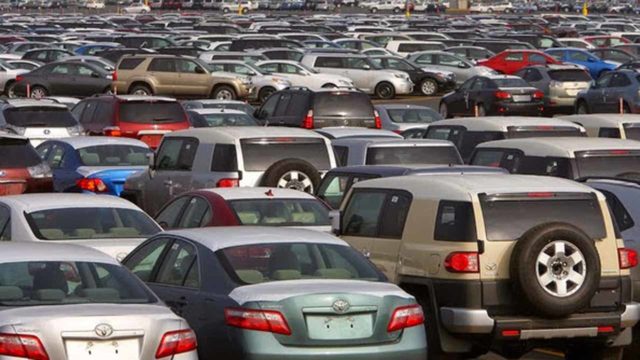 The Nigeria Customs Service has suspended its controversial  policy on payment of import duties on old vehicles.Recall that Customs service has given car owners one month to pay duties for their vehicles — for those who had not done so– vowing to prosecute defaulters.

The plan sparked controversy as many Nigerians complained about paying for cars that had already found their ways into the country.

The Customs Service initially defied a Senate demand the policy be put on hold, resulting in a standoff between both sides.

But a statement released Wednesday by Customs spokesperson, Joseph Attach, said the plan has been “put on hold” after a meeting between Customs and the leadership of the National Assembly

The statement read in in part: “Following the unnecessary tension generated as a result of misconception and misrepresentation of the Nigeria Customs Service planned motor duty payment, the leadership of the National Assembly and the Comptroller-General of Customs, Col. Hameed Ali (Rtd) met with a view to resolving the impasse. They both agreed that the proposed motor duty payment, though in line with the provision of Customs and Excise Management Act (CEMA) Cap C.45, LFN 2004 should be put on hold while the Senate Committee on Customs & Excise interfaces with the NCS for further discussions.

“While payment of duty on vehicles or indeed any dutiable imported item remains a civic responsibility of every patriotic Nigerian, NCS Management has directed that the exercise be put on hold while expressing readiness to engage the Senate Committee on further discussions to bring them on board to understand the importance of the exercise to national security and economy,” the statement said.