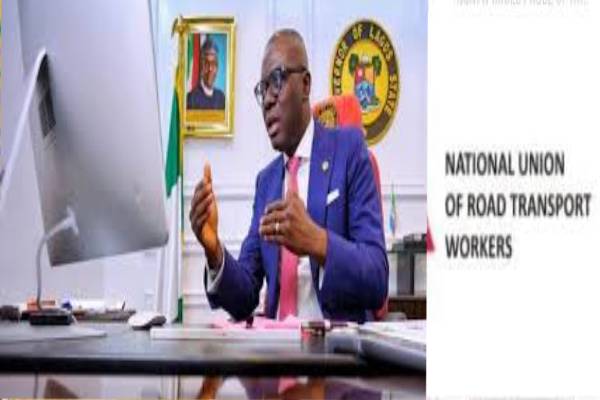 Lagos State Governor Babajide Olusola Sanwo-Olu
The Lagos State Government has suspended the activities of the National Union of Road Transport Workers indefinitely on Lagos Island.
The action is coming barely 24 hours after the threat by the National President of the Union, Ibikunle Baruwa, that the operations of its Lagos chapter may be suspended.
The areas covered by the suspension include Church Street, Eyin Eyo, and Idumota bridge.