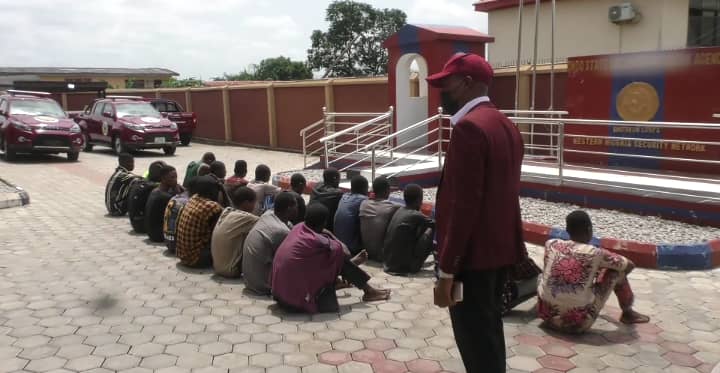 Amotekun Arrests 37 suspects in joint patrol with military in Ondo

Operatives of Amotekun Corps in Ondo state in a joint patrol with officers from the 32 Artillery Brigade have arrested thirty-seven suspected criminals in the state.

The patrol which began some days ago before the Eid- el- Fitri holiday is designed to make the state. unsafe for criminals and guarantee people’s safety.

Parading the suspects before journalists, the state commander of Amotekun, Adetunji Adeleye said the suspects were arrested in different parts of the state.

According to him, the suspects were arrested for offences including kidnapping, armed robbery, internet fraud, contravention of anti-open grazing laws among others.

The kidnappers, he added were arrest at the border town. 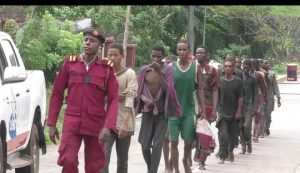