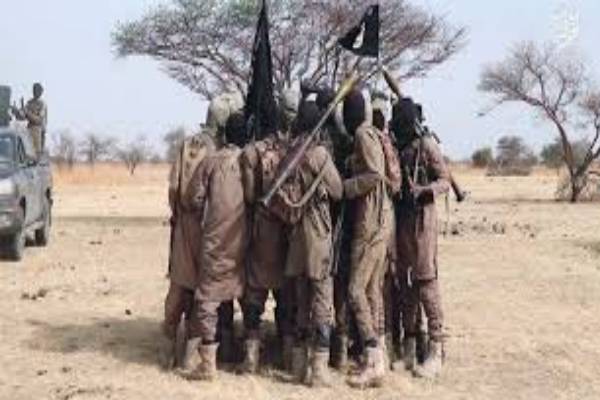 File Picture of Terrorists in Nigeria

In Kaduna State, about 11 soldiers are feared to have been killed in a fierce fire exchange with terrorists who allegedly invaded a military base in Brinin Gwari local council on Monday.

Although the military authorities are yet to confirm the incident, it was gathered that several other soldiers allegedly sustained injuries while the military also recorded equipment casualty.

The incident was said to have occurred at arround 6:00 pm when terrorists in large numbers reportedly overwhelmed the troops at the Army Forward Operational Base at Polwire area in Birnin Gwari Local government area.

The incident is coming barely a week after terrorists ambushed a kaduna bound train and open fire on trapped passengers killing at least eight of them.

Brining Gwari Local government area is tagged one of the most unsafe areas in Kaduna state and the North west region due to the overwhelming presence of terrorists.

Many have been killed while several people have been displaced.