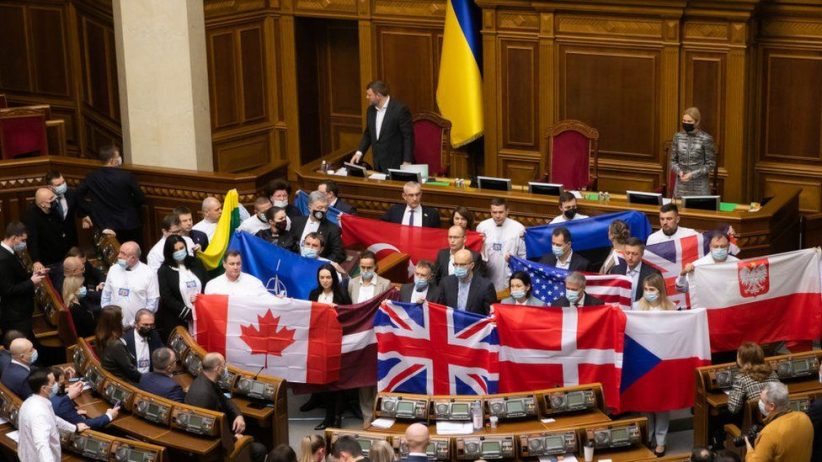 Western foreign ministers to assess response to war in Ukraine

Western foreign ministers will gather in Brussels to assess their response to the war in Ukraine and consider what more should be done.

The ministers are expected to look at fresh ways of supporting Ukraine while maintaining pressure on Russia.

Foreign ministers – from Nato, the G7 and the European Union – will meet one after the other and talk about what more should be done.
Nato will consider further reinforcements of the military alliance’s eastern flank. There’ll be discussions about supporting non-Nato countries like Georgia and Moldova.

EU ministers will assess the humanitarian crisis and hear virtually from their Ukrainian counterpart, Dmytro Kuleba, who is expected to plead for more air defence capability.