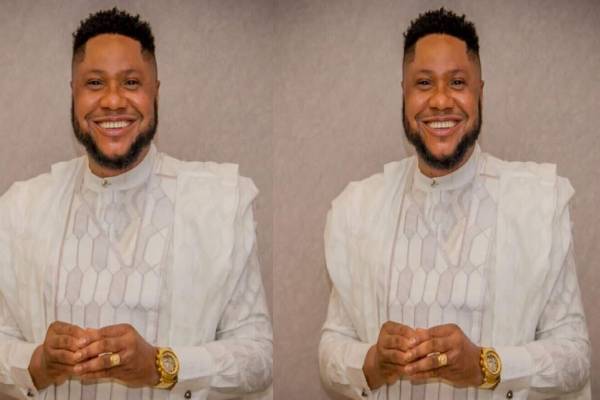 A popular Nigerian gospel artist, Chinedu Nwadike, has died after a long battle with cancer.

He had been suffering chronic kidney problems for some weeks, according to reports. 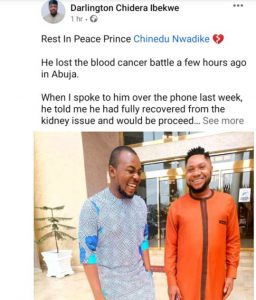 However, he was said to have totally healed and was planning to travel to India this week for treatment of blood cancer, but died today.

Chinedu is survived by Dorah Chinedu Nwadike, his wife and three children.

He was a Gozie Okeke dancer who appeared in practically every gospel music performance. Nwadike went on to become a full-fledged gospel singer and actor later in life.

Until his death, he was also the governor of Imo state’s special assistant on mobilization.