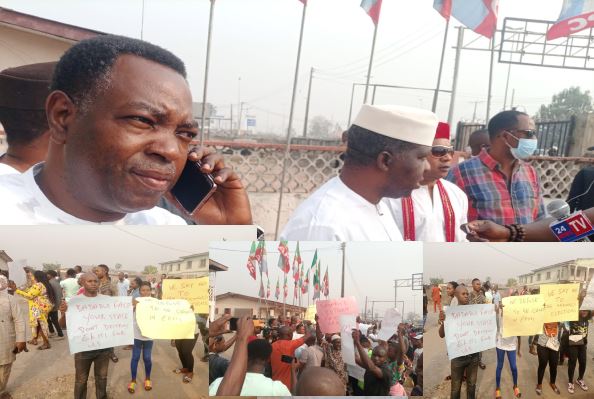 Few hours before the start of the Direct Primary in Ekiti State, several disgruntled party members have approached the Secretariat armed with various placards, protesting what they call “Midnight Robbery.”

Protesters claim that election materials were sent overnight to government appointees, implying that the Governor is attempting to force his favored candidate on the party. 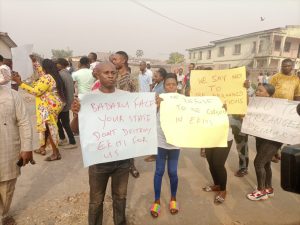 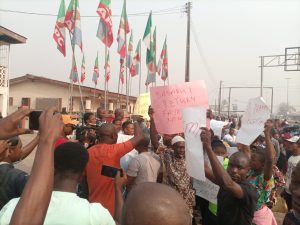 Three of the aspirants, Michael Opeyemi Bamidele, Kayode Ojo, and Bamidele Faparusi, also joined the protest requesting for the primary election to be postponed.