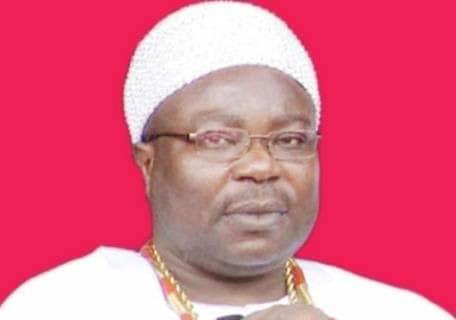 The deposed Deji of Akure, Oba Oluwadare Adepoju, has passed on in the early hours of Thursday  after a brief illness.

His demise was confirmed in a statement issued by the spokesman for the Adesina Royal Family of the Osupa Ruling House,
Prince Dapo Adepoju.

The deceased, who ruled for five years, was deposed by the former Governor of Ondo State, Olusegun Mimiko, following a crisis between him (Adepoju) and his wife, Late Bolanle Adepoju that led to a free-for-all between the couple.

According to the statement, “Oba Oluwadare Adepoju has passed on to the eternal glory this morning, January 27, 2022 during a brief illness.

“He passed on in a private hospital in Abuja early hour of today.

“The late Oba Adepoju was deposed by former Governor of Ondo State, Dr. Olusegun Mimiko on grounds of misunderstanding between the monarch and his wife.

“Before his transition to the eternal glory, the deposed monarch prayed for the peace of Akure Kingdom”