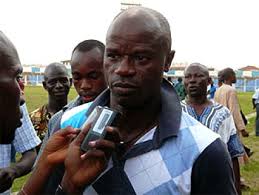 Nigeria are three-time Africa champions and have featured in five editions of the FIFA world cup since 1994.

Mutiu scored six goals in forty-eight appearances for Nigeria from 1990 to 2002. He has urged the current Super Eagles squad to stay focused in the tough qualifying group that includes Zambia, Cameroon and Algeria.

Meanwhile, FC IfeanyiUbah goalkeeper, Ikechukwu Ezenwa will be fit for Nigeria’s game against Zambia next month.

The Super Eagles shot stopper has dispelled fears that he was badly injured in a Nigerian League match last weekend.

Injured Defender Leon Balogun has been replaced with Henry Agbo for the game in Ndola.

Agbo plays for Granada in Spain and has been contacted by Nigeria coach Gernot Rohr.