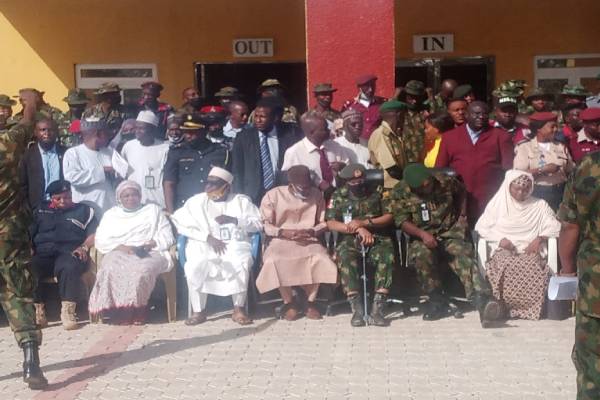 The Nigeria Army says it’s working to create balance that will enhance gender equality through gender mainstreaming aimed at enhancing professionalism within the Nigeria Army at different levels of operations.

He says the Nigeria Army is involved in a number of activities that bring both women and men together and the Army consider gender equality as an important aspect in the discharge of their duty.

The GOC who was represented by the Chief of Staff, Brigadier General Mohammed Abdullahi says, this consideration will lead to effective discharge of duty and balance responsibility among professionals

He said, this sensitization is in line with the United Nations Resolutions
1325, which coincided with the Chief of Army Staff vision, which is to have a professional Nigeria Army ready to accomplished, assigned mission within a joint environment in defence of Nigeria

The Army Chief said it has become imperative and necessary for the military and paramilitary to develop a gender policy in line with the federal government direction to promote gender Mai streaming and women empowerment.

He said Nigeria is a signatory yo various International treaties, declaration and conventions one of which is the convention on the elimination of all forms of discrimination against women.

Soldiers of the Nigeria Army, officers and men of other paramilitary organisation with be sensitized on the need to respect humans, gender mainstreaming and danger of sexual exploitation among others.