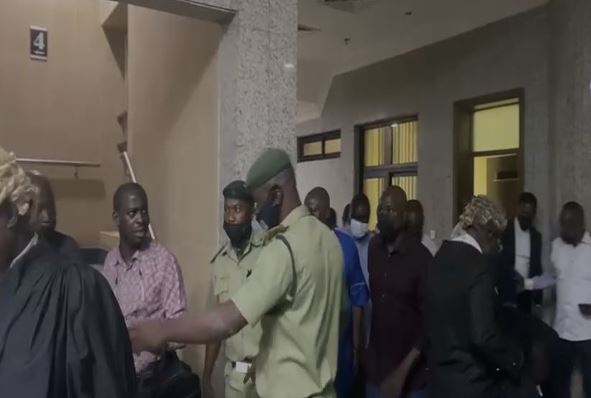 The first witness in the case filed against 15 individuals who broke into Justice Mary Peter Odili’s home on October 29, 2021 has been called by the Inspector General of Police.

At the last adjourned date Justice Nkeonye Maha had granted bail to 12 out of the 15 suspects in sum of N5million and two sureties each in like sum.

The court had rejected the oral bail application filed by two of the suspects while one had no lawyer representing him.

At the resumed trial the three suspects moved their bail application which the court granted same in sum of N5million and two sureties each in like sum.

The prosecution counsel then proceeded to calling its first witness, Madaki Chidawa an Assistant police officer attached to Justice Odili.

In his evidence in chief he narrated what transpired on that day.

He identified two out of the defendants who were in court, as the persons who came with the search warrant to Justice Odili’s residence.

He says the warrant read No. 9 Imo street while the residence of Justice Mary is No 7 Imo street, he notified Justice Odili of their presence and the warrant

Mr Chidawa insisted that the residence of Justice Odili is No. 7 and was accused by leader of the team Lawrence Ajodo for Obstructing Justice.

The suspects left, threatening to be back in full force but never came back.

The matter was adjourned till 1st March for crossing examination of the witness.