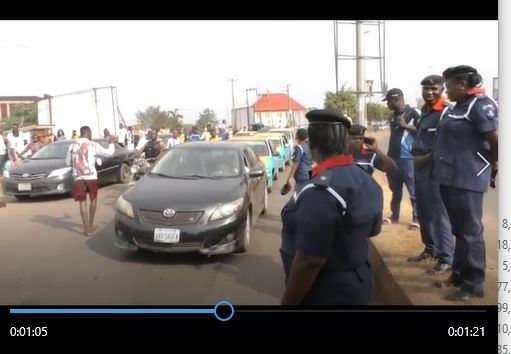 Human and vehicular movement were interrupted early Monday morning by the Students of Federal University of Technology, Akure over daily attacks on them by some miscreants in the city.

Efforts made by security agencies to wade into the matter proved abortive as the students bluntly refused the intervention of Nigeria police.

Former President of the institution Students’ Union government, Abram Ezebede said, students were being terrorised by by suspected hoodlums