A fueling station located around Bashorun area of Ibadan has been gutted by fire.

An eye witness account says the fire started when a fuel laden tanker which was parked in the station suddenly exploded.

He said the effect of the fire incident would have been massive but for the swift intervention of the driver of the truck who quickly drove it to the entrance of the station. 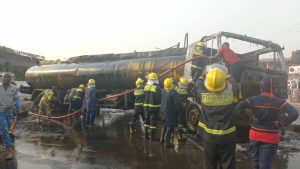 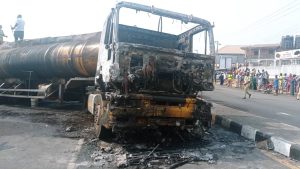 Speaking at the scene of the incident, the commissioner of works Dahud Shangodoyin said the situation has been put under control by men of the Oyo state fire service and urged residents around the area to be calm.

He said efforts are being put in place by the state government to avert future disasters of this nature.