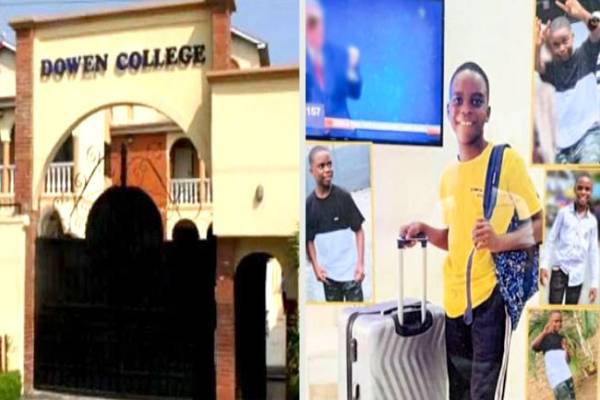 The Coroner presiding over the Inquest into the controversial death of an 11-year old Dowen College student, Sylvester Oromoni (Jnr.), on Friday, dismissed the application of the Ijaw Youth Council, Lagos Chapter, seeking to join the Proceedings as interested parties.

The group’s counsel, Ayo Shabi from the chambers of a senior advocate of Nigeria, George Ikoli had argued in their motion that it was In the interest of justice it be joined in the inquest, because the deceased is an Ijaw indigene. The IYC had also previously vehemently rejected the Advice of the Lagos State Directorate of Public Prosecution exonerating students and officials of the school from the death of the JSS 2 student.

But, after hearing the responses of other counsel in the matter, including lawyers for the state government and Dowen college who opposed the application, the Magistrate, Mikhail Kadiri, sitting in Epe ruled that The IYC isn’t a necessary party as their interests are subsumed in that of the family of the deceased who are already being represented by the law firm of Femi Falana (SAN).

The court also ordered that all pending witnesses be present as from the next sitting, slated for Monday, January 31, 2022.

All counsel yet to file the depositions of their witnesses were ordered to do so, by Tuesday next week.

The deceased’s father and sister were due to testify on Friday but failed to show up.

Earlier in the day, Counsel from Mr Falana’s Chambers, Taiwo Olawanle applied to the court to adjourn the Inquest sine dei (indefinitely), Until all parties have filed their depositions, arguing that other counsel are yet to file theirs despite, despite having access to the statements of witnesses for the Oromoni family