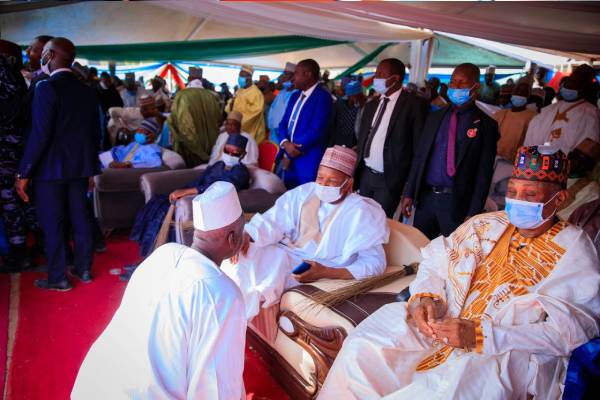 Kebbi State Governor, Abubakar Atiku Bagudu at a campaign Rally
Kebbi state Governor, Atiku Bagudu has assured the people of the state of a credible and peaceful local government election as the state electoral commission prepare for local government election on the 5th of February 2022.
The governor gave the assurance while addressing supporters of the All Progressives Congress APC in Kamba, Dendi local government area during the flag off of the party’s campaign.
He assured the electorate of creating the enabling environment for a free, fair and credible election while also assuring of a peaceful atmosphere during the council polls.
Governor Bagudu commended President Muhammadu Buhari and security agencies for their sustained efforts to restore lasing peace in the state and other parts of the country. 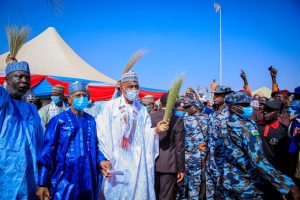 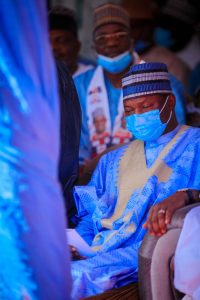 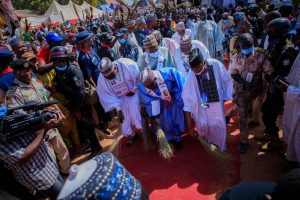 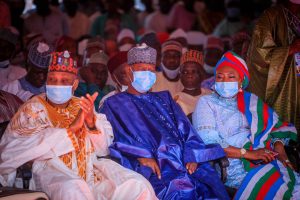 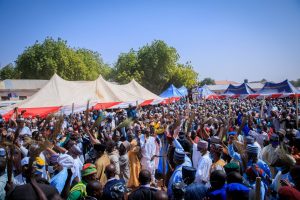 He also called on members of the APC in the state to massively vote for its candidates in the election so as to sustain delivery of good governance and dividends of democracy to the mass majority of the people across the books and crannies of the state. .
The Governor also stated that the event in Kamba was organized for three main reasons which include to once again commiserate with the victims of the recent fire incident in the town.
He expressed sadness over the recent banditry attacks in Danko Wasagu local government, resulting in the loss of lives
Minister of Justice, Abubakar Malami (SAN), acknowledged that the mammoth crowd at the event is evident the party is still United and strong in the statem
He said that the party was blessed and proud to have a leader with dexterity like Bagudu and urged the people to positively reciprocate by coming out enmase and vote APC candidates during the polls.
Top APC leaders in the state including the Senator of the three Senatorial Districts as well as members or the National and state assemblies, party elders and other stakeholders all attended the event.