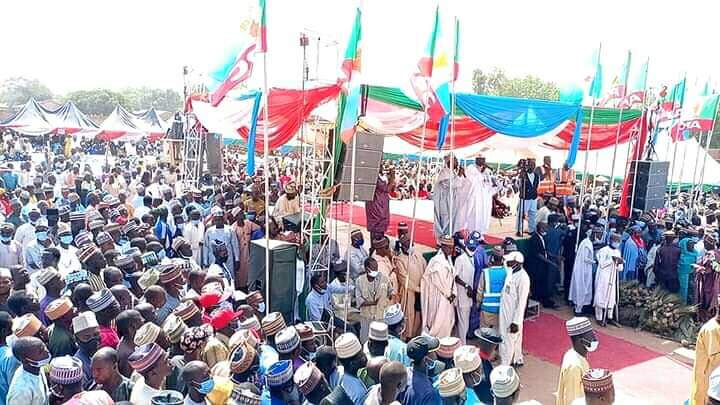 Kebbi state Governor, Atiku Bagudu has assured of a credible election, as the state electoral commission set 5th of February 2022 for the state local government election.

The governor says the APC government has delivered dividends of democracy to the teeming Nigeria populace especially in Kebbi state through the agricultural transformation and other meaningful projects.

Governor Bagudu said, the evidence of this is seen in how the people kept fate with the party through massive support that saw all elected political offices in the state entrusted in the hands of the APC.

He said it is also important for party faithful to sustain the unity in the party through meaningful engagement of aggrieved party members in a way that will make the party strong and ready to win election in the coming general election of 2023.

He called on the people of the state to turn out in their numbers and vote massively for the party in the upcoming local government election.