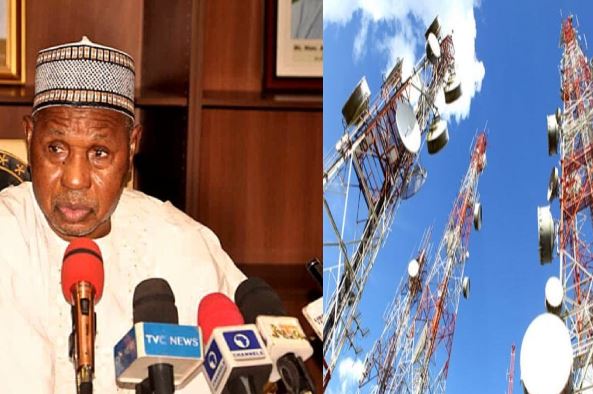 The Katsina State Government has stated that it intends to lift the telecommunications ban in the remaining seven affected local government districts on or before January 2022.

This comes just two weeks after the state administration ordered the restoration of telecommunication services in several of the state’s local governments that had been severely affected by banditry and terrorism.

Governor Masari, revealed this during a press conference on Tuesday in Katsina, where he asked locals to do everything possible to safeguard their communities from bandit assaults.

Recall that the Katsina State Government announced earlier in December that the restriction on telecommunication services in some local governments had been lifted due to the restoration of relative peace and normalcy in the affected areas.

In a related development, the Kaduna State Government announced in November that telecommunication services would be restored immediately in some parts of the state where they had been suspended, just two months after telecommunication companies shut down their services in some parts of Kaduna State at the request of the state government and security agencies as part of measures to check the activities of bandits, kidnappers, and other criminal elements.

Masari previously stated that banditry must be fought together across the afflicted northern states before the individual administrations’ terms expire in 2023.