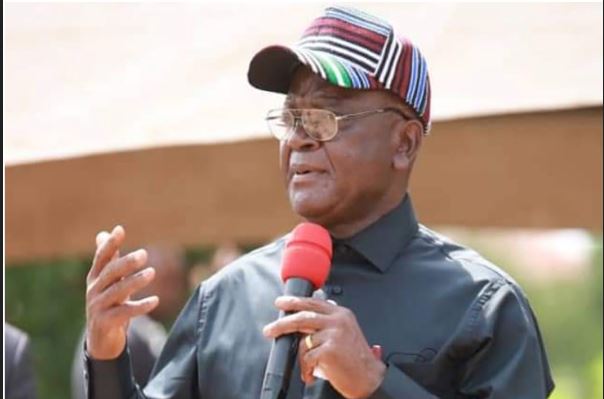 Benue State Governor, Samuel Ortom has clamped down on some illegal revenue collectors around Abinsi, along Gboko-Makurdi Road.

The governor’s attention was drawn to the activities of the illegal revenue operators when he noticed the harassments of heavy duty vehicles that were detained at the checkpoint on his way from Kwande Local Government.

After discovering during an interaction with drivers of the vehicles that the checkpoint operators were collecting money from motorists without issuing them receipts. the governor lamented that despite the collections, nothing goes to government as such monies are diverted into private pockets for individual use.

He vowed to sanction the management of the Board of Internal Revenue Service, BIRS for failure to supervise and ensure the right thing was done.

Governor Ortom said he will henceforth, personally carry out surprise checks on the activities of checkpoint operators in the state.

The four suspects were then handed over to the Police for further investigations.