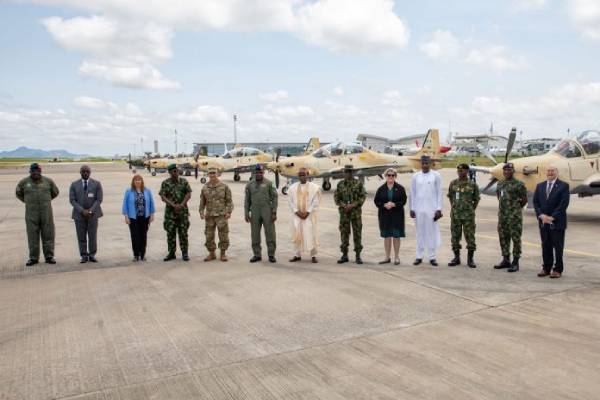 Induction Ceremony For Nigerian Airforce A-29 Super Tucanos in Abuja

General Jeffrey Harrigian, the commander of United States Air Forces in Europe and Africa, says the induction of A-29 Super Tucanos aircrafts acquired by the Nigerian government would boost the country’s fight against terrorism.

General Harrigian said the acquisition of the aircraft brought in many capabilities that would aid the Nigerian military in stomping ISWAP insurgents and terrorists in the Northwest where increasing attacks have become worrisome.

The Nigerian Air Force had earlier fixed today(Tuesday) for the induction of the first batch of 6 aircraft but was later silent whether the event would hold as scheduled.

But reports from the U.S Department of Defence indicate the event was held but without fanfare.