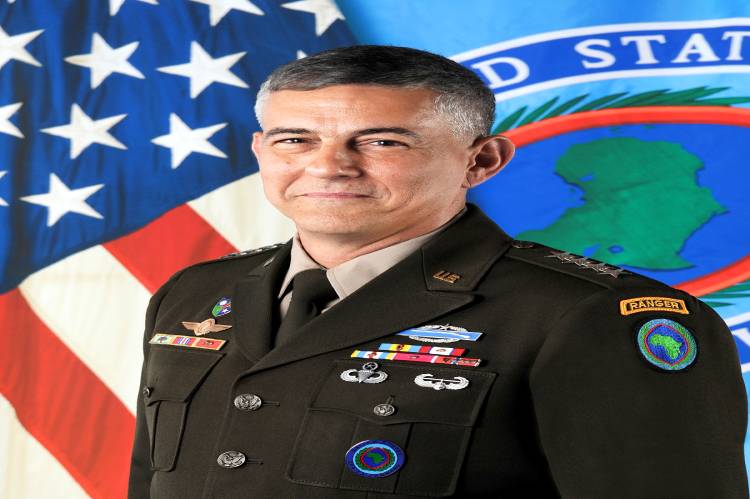 US Army General, and commander, US Africa command, Stephen Townsend has said that the United States of America will continue to strengthen its security cooperation with Nigeria.

He disclosed on his visit to Nigeria where he also met with the National Security adviser and Other senior officials of the Buhari administration.

The visit, which was part of a 3 day visit to West Africa, according to a press statement released by the US embassy in Nigeria demonstrates the strategic importance the United States places on its bilateral relations with Nigeria.

During the Visit, the commander met with the Chief of Staff to the President, Ibrahim Gambari and the National Security Adviser, Babagana Monguno to discuss regional security issues and to express gratitude for the assistance provided during the hostage rescue operation last year, a feat the commander describes as an example of a strong partnership with Nigeria

In another meeting with Nigeria’s Minister of defence, Bashir Salihi and the Chief of defence Staff, Major General Lucky Irabor, they discussed the on-going cooperation in the region, Greater maritime security and how to mitigate the threats

He also says the 12 A-29 super Tucano light attack aircraft, the 600 million dollars fighter jet Nigeria purchased in 2017 will be delivered before the end of the year

The US Ambassador to Nigeria,  Mary-Beth Leonard says the security cooperation partnership with Nigeria’s military will strengthen the country’s capabilities to secure land and sea borders, enhance overall security and combat terrorism in the North East