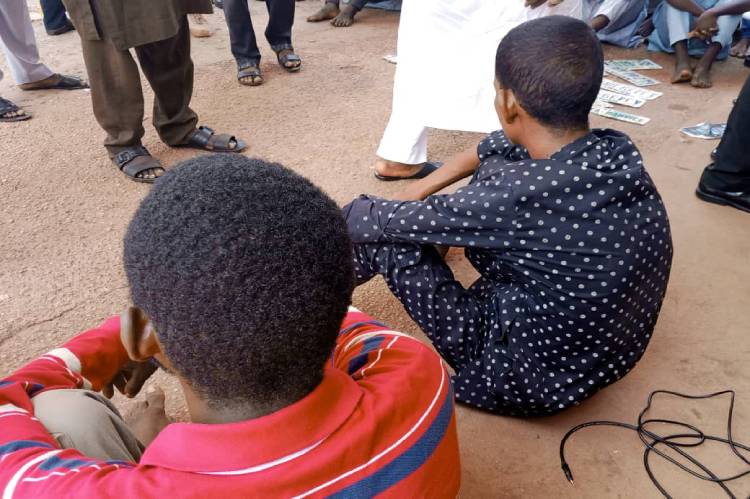 Sokoto state police command has paraded a thirty five year old man and his accomplice for planning the abduction of his step father in Sokoto .

The suspect was paraded alongside his twenty five year old accomplice whom the police described his role in the saga as ‘professional’.

Parading the suspects alongside other suspected criminals at the command headquarters, Sokoto state police Commissioner, Kamaldeen Okunlola says the suspects threatened their victims and demanded he make payment of five million naira as ransom or risked been killed.

According to the Police Commissioner, the victim involved the police State Intelligence Bureau who engaged the suspected kidnappers in a negotiation and beat down the ransom to five hundred thousand naira from the initial five million naira.

Mr. Okunlola said it is in the process of collecting the ransom the police apprehended one of the suspects who later revealed the identity of his accomplice who happened to be the step son of the victim.

The police said the twenty year old accomplice alleged that the step son of the victim is the Mastermind of the crime and thought him all the tactics as well as provide him with information upon which he acted through the period he was threatening the victim.

The Commissioner said the suspects were arrested from different location within the metropolis including Emir Yahaya and and Ahmadu Bello way.

He said their activities in supporting criminals elements snatching motor cycles and even car snatchers operating in Sokoto state.

Mr. Okunlola said all the suspected with be taking to court to answer for their crimes at the conclusion of investigation.