The Minister of Niger Delta Affairs, Godswill Akpabio said the process of constituting a substantive Niger Delta Development Commission (NDDC) board will be fast-tracked.

The two-term governor of Akwa Ibom State spoke after an emergency consultative visit to Oporoza, headquarters of Gbaramatu Kingdom in Warri Southwest of Delta State.

The meeting was over the seven-day ultimatum issued by ex-militant leader, Chief Government Ekpemupolo (alias Tompolo) on Sunday. 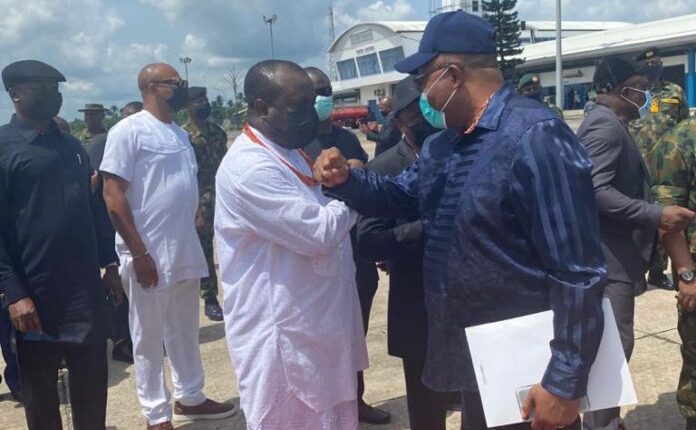 Traditional rulers from Bayelsa, Edo and Ondo states joined the Pere of Gbaramatu kingdom to receive the minister.

The minister said: “We had a robust discussion and consultation. The meetings have been fruitful. The consensus of stakeholders is that there is a need for more representation in the NDDC and so a board needs to be constituted.

“I have also assured them that as soon as I get back, I will commence the process and fast track the process.

“We have agreed that my office will fast-track the process of the constitution of the new board. We have also looked at what is affecting the region. The youths applauded, but they want to see more progress, more employment opportunities.”