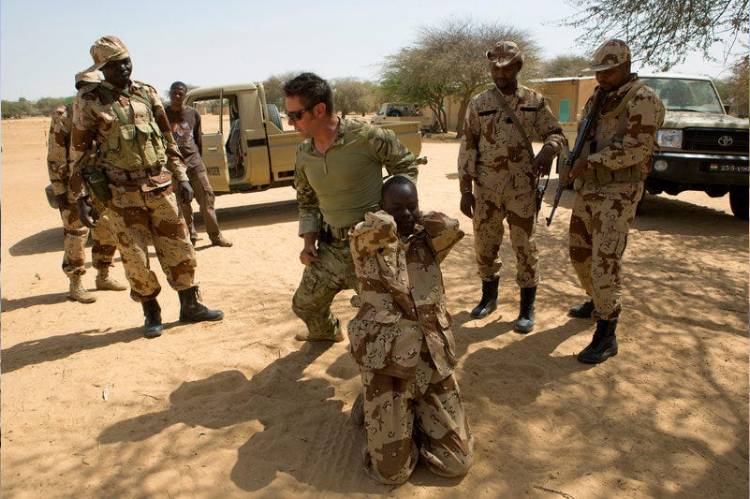 Sixteen Nigerien soldiers were killed and another was missing after an ambush on a military patrol in the Tahoua region near the border with Mali.

During the attack by “bandits” on Saturday, the toll was “16 dead, six injured and one missing”, Tahoua official Ibrahim Miko said on public television.

He attended the funeral of Lieutenant Maman Namewa, commander of the patrol that was attacked.

The vast desert area of Tahoua in west Niger – near the borders of Mali and Burkina Faso – has been plagued by violence since 2012.

In March, an attack by rebel fighters on three villages near Niger’s border with Mali left a total of 141 people dead. They were the worst attacks committed by armed groups in Niger in recent years.

The world’s poorest nation, according to the UN’s development rankings for 189 countries, Niger is also struggling with violence that has spilled over from Mali and Nigeria.

The attacks in western Niger are often attributed to armed groups affiliated with al-Qaeda and ISIL (ISIS).

Such attacks against civilians have multiplied this year, with more than 300 people killed in villages and encampments in western Niger.

On Sunday, the government said troops had killed 24 “suspected terrorists” after they tried to escape after being captured in the west of the country.

The suspects were planning an attack on the market town of Banibangou, but the army was alerted and, after an exchange of gunfire, 26 people were arrested on April 28, the defence ministry said in a statement. One of the “suspected terrorists” died later from gunshot wounds.

As they were awaiting transfer to nearby Chinegodar where there is a military base “the prisoners tried to escape” overnight on Thursday and managed to disarm a guard, the ministry said.

“After ignoring warning shots, 24 prisoners were fatally wounded and one of them was able to escape”, it said, adding that an inquiry into the incident had been launched.