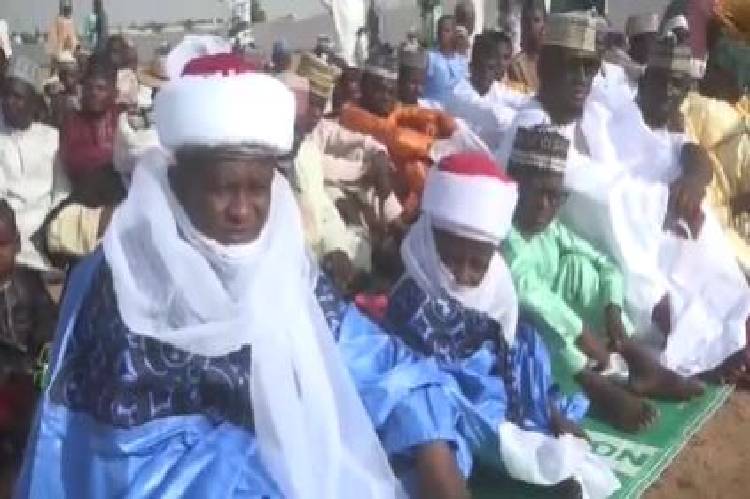 In his sermon the imam harped on the need to promote, peace, unity and cooperation among people of diverse culture and belief in the country.

He also called for prayers for the country for immediate solution to the current security challenges bedeviling the nation.

Also present at the is the Sokoto state chairman of the All Progressives Congress APC, Isah Sadiq Achida, among other politicians and Islamic scholars.