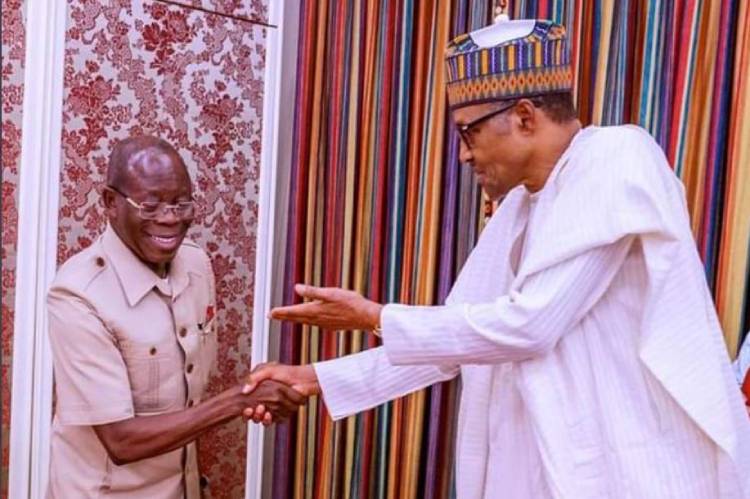 Former governor of Edo State and immediate past national chairman of the All Progressives Congress, Adams Oshiomhole, has described insinuations that he is behind the renewed efforts to reverse the dissolution of the national working committee of the party which he headed by the national executive committee as nothing but lies.

In a statement personally signed by him, the former labour leader said his 21 member national working committee worked largely in harmony and cohesively but for 3 members who were used by those desperate forces who were angling to take control of the party through a contrived a crisis.

He added that the court documents in the suit in question showed clearly who the plaintiff is.

He reiterated his lotalty to the Muhammadu Buhari led administration while also thanking the president for the support he received from him to assert party supremacy no matter whose ox was gored during his time as chairman.

He concluded by expressing his delight at his accomplishments as chairman and said it is not in his character to accept something publicly and go behind to surreptitiously to plot for same thing.