A Federal High Court in Kano has set aside a ruling of the FCT High Court suspending the National Chairman of the All Progressives Congress, Adams Oshiomhole.

Justice Lewis Allagoa on Thursday ordered the Police and Department of State Service to provide security for Oshiomhole to resume in his office. 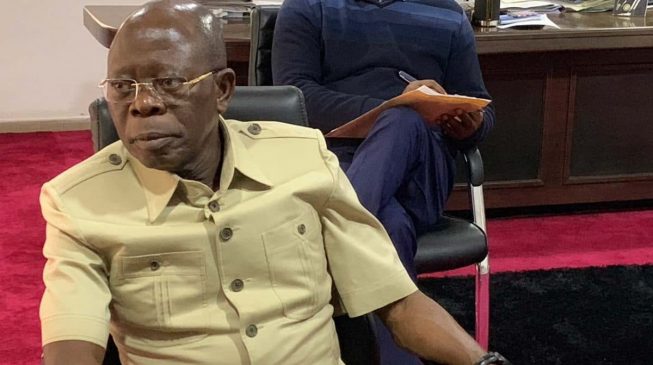 On Wednesday, Justice Danlemi Senchi, had granted an order of interim injunction stopping Oshiomhole from parading himself as the APC National Chairman.

However, hours after the ruling, Oshiomhole appealed the judgment at the Court of Appeal, Abuja Division.

The Kano high court ruling was reportedly delivered by Justice Lewis Allagoa, but it is yet unclear who filed the case or whether the court has the jurisdiction to set aside the previous ruling.

The factional chairman in the state, Anselm Ojezua explained that the judgement has vindicated his earlier call for the stepping aside of Adams Oshiomhole.

But, a faction loyal to the National Chairman said the action is counter-productive.