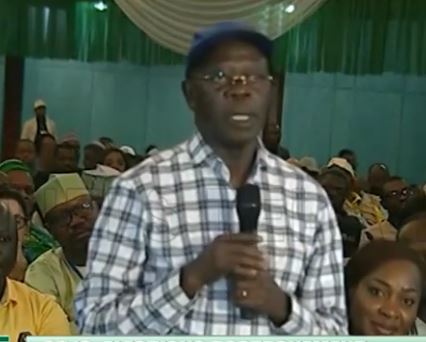 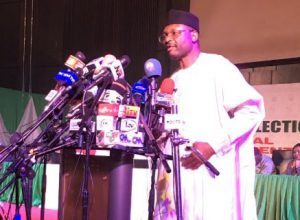 The national chairman of the All Progressives Congress, Adams Oshiomhole, has criticised the chairman of the Independent National Electoral Commission (INEC), Professor Mahmood Yakubu, over the postponement of the elections.

Professor Mahmood Yakubu said the decision was taken after a careful review of the plan for the exercise.

But, apparently displeased with the development, Oshiomhole who spoke at the International Conference Center (ICC), Abuja, where INEC held a press conference to explain the reasons for shifting the polls, said the commission ought to have done more.

The APC national chairman described the action of the commission as an embarrassment to the country, demanding that INEC Chairman should tender an apology.

“Why didn’t you tell us 48 hours ago? You must apologise to Nigerians because you have embarrassed us as a nation,” he added.