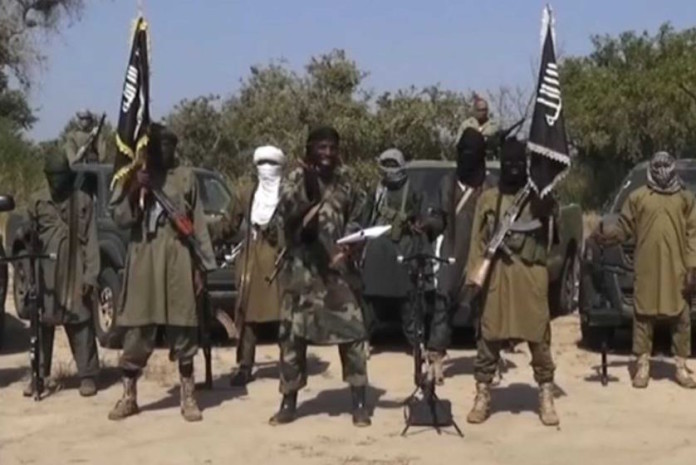 This sleepy community of Jiddari Polo was awaken by the sound of gun shots.

The Borno state Government had declared a work-free day to residents to prepare for the Elections.

Residents of the community say the attackers came in their numbers because they came in the night and attacked worshippers in this mosque.

Usman Abubakar, a member of the civilian Joint task force on duty in the morning shift.

He recounts his ordeal with the fighters in Hausa language:

“We woke up with the sound of gun shots firing ,while some people were in that Mosque over there and others were just trying to get there and the shooting gave us an idea that these are Boko haram fighters , while we scampered for our dear lives , the fighters moved to that other area called Sabon Gari and shot and killed a woman carrying a baby, the baby is alive but The woman died on the spot and one other person, one of them climbed the fence of a house and was trapped and our commander shot him in the leg and the soldiers were alerted and came finished him off and one of them was arrested and taken away.”

Shaken to marrow, Kaka Bukar is among those who hid in the mosque and he recollects his experience in Hausa language.

” We were more than 10 trapped in the Genarator house while the firing was going on , some got scared and jumped the fence and some got injuries from jumping the fence and we stayed in place until they got tired of shooting and moved on to the other parts of the community”

Two people, one, a suicide bomber were gun down by soldiers while trying gain entrance to a house

The attack comes when the security agencies are trying to step up security for the General election.