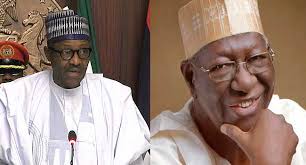 President Muhammadu Buhari has extended his condolences to Anthony Anenih’s family, on the death of the elder statesman.

He also commiserates with the government and people of Edo State and the Peoples Democratic Party, on the passing of their illustrious son and former Chairman, Board of Trustees.

The President said that Anenih lived a life of service, as State Chairman of the National Party of Nigeria , National Chairman of the Social Democratic Party , chieftain of the PDP, and a former Minister of Works.

He said that Anenih would be remembered for his strong views on issues pertaining to the unity and stability of the nation.

The elder states man died on Sunday evening at Cedarcrest Hospital in Abuja, where he was receiving treatment for an undisclosed ailment.

He was born on the August the 4th 1933 and married to Josephine Anenih.