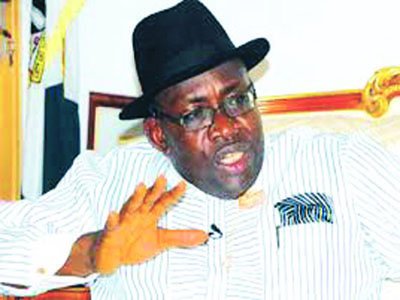 The Bayelsa State Governor has constituted a ten-man committee to reconcile the two factions of the Ijaw Youth Council to bring about a single executive of the pan-Ijaw Youth body.

Inaugurating the committee with former President of the Ijaw National Congress Joshua Fumudoh as Chairman, Governor Seriake Dickson charged the members to identify the root causes of conflict that led to parallel executives, liaise with the leaders and proffer lasting solutions that will end the crisis.

Ovieteme George reports that the immediate past President of the Ijaw Youth Council Udengs Eradiri handed over to Eric Omare after a convention in Burutu, Delta State, but the Unity Convention in Okochiri in Okrika Local Government Area of Rivers State saw the emergence of Oweilaemi Pereotubo As President, leading to parallel executives.

This development is a subject of concern to the Bayelsa State Governor Seriake Dickson.

To forestall any further crisis in the pan-Ijaw youth body, the Bayelsa Governor has constituted a ten-man committee of elders led by former Ijaw National Congress President Joshua Fumudoh.

In the meantime, both factions have been barred from the IYC Secretariat at Izon Wari, popularly called the Ijaw House in Yenagoa.