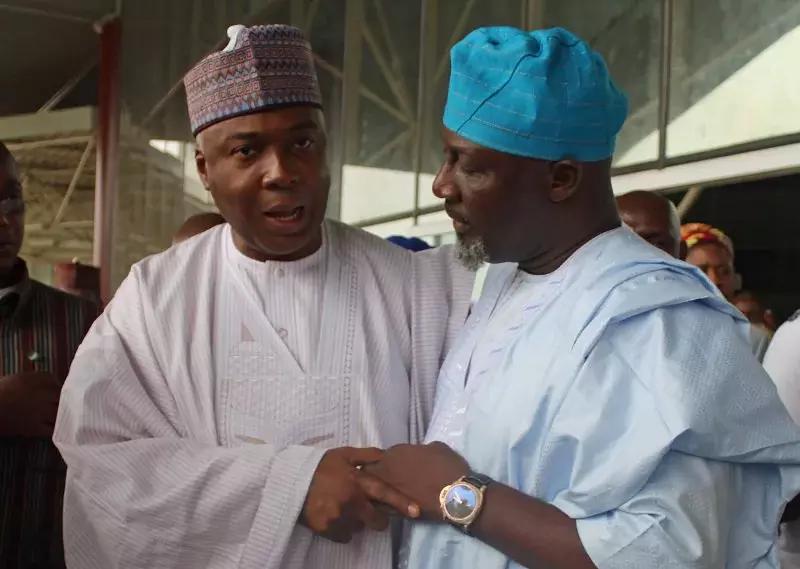 The Nigerian Senate is to investigate its President, Bukola Saraki over an alleged car seized by Nigeria Customs Service and a prominent Senator, Dino Melaye over an alleged certificate forgery.

Presiding Deputy Senate President, Ike Ekweremadu referred the two issues raised in Senator Ndume’s point of order to Ethics and Privileges Committee to investigate and turn in a report to Senate in four weeks time.

Senate President Saraki, is not presiding today. He is at the Code of Conduct Tribunal for his ongoing case.

Senator Ndume was the former Senate Majority Leader until his removal to pave way for Senator Ahmad Lawan.

Melaye moved the motion that ousted the former leader who many argue is now on a vengeance mission in the Senate.