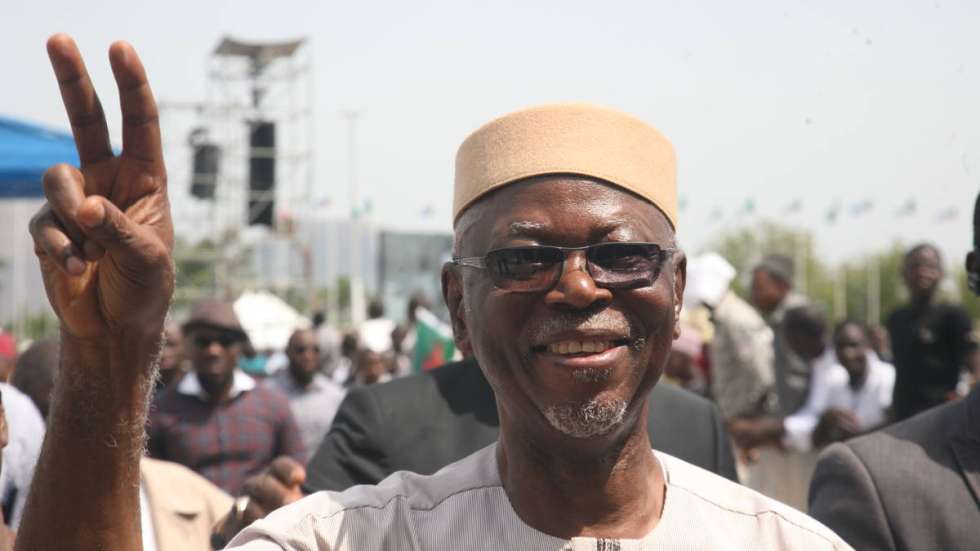 The National Chairman of the All Progressive Congress (APC), John Odige-Oyegun has received defectors from the People Democratic Party (PDP) to the APC in Jos, the Plateau State capital.

Odigie-Oyegun was accompanied to the Rwang Pam Township Stadium, venue of the event by the Speaker House of Representative, Hon. Yakubu Dogara, the National Secretary of APC, national women leader and other national executive members of the party.

Others are former member the of House of Representatives Aminu Jonathan.