Former Lagos governor and National Leader of the All Progressive Congress (APC), Asiwaju Bola Tinubu has endorsed move by Governor Babajide Sanwo-Olu, to repeal payment of pension to former governors and deputies.

The former Lagos governor in a tweet commended Sanwo-Olu for the initiative and advised other APC governors to emulate him.

The APC stalwart thanked the governor over the 2021 “Budget of Rekindled Hope”, which he said would empower the people and rebuild Lagos.

“Congratulations to Governor Sanwo-Olu over the Y2021 budget which he appropriately christened” Budget of Rekindled Hope”. This audacious and enterprising budget will empower our people and begin to rebuild Lagos State,” the tweet read. 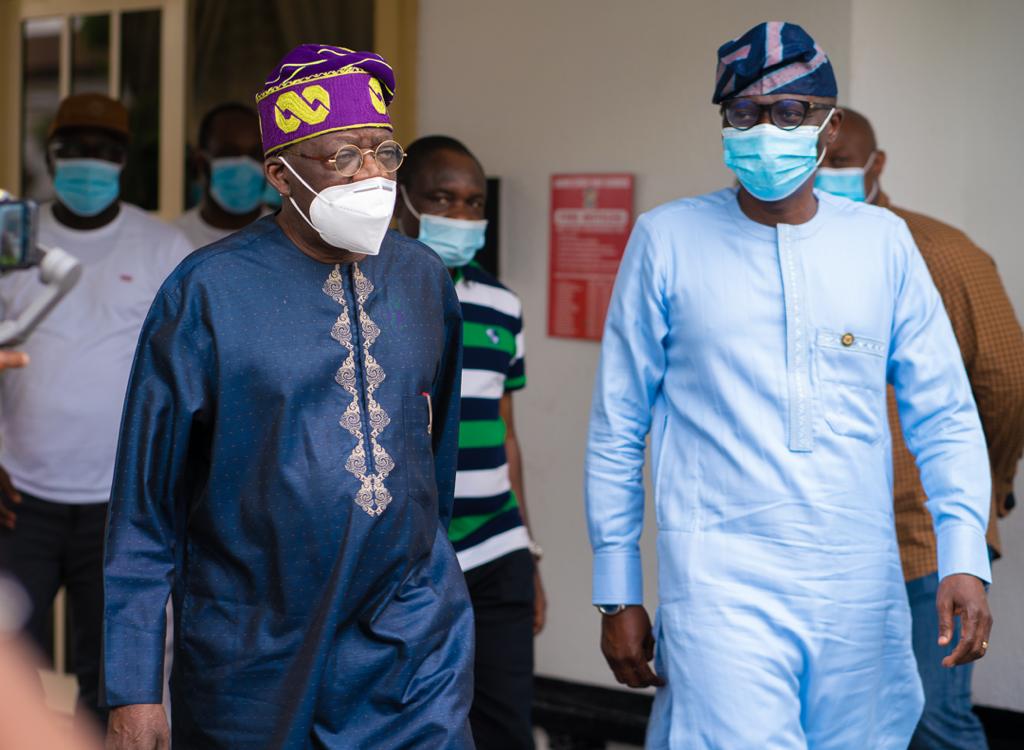 “In particular, I would also like to commend the Governor for the plan to commence the repeal of the Pension Law giving pension packages to former governors and their deputies.

“This is a bold and courageous move by Mr. Governor and I wholeheartedly support him. I encourage all APC loyalists to do the same.

Governor Sanwo-Olu said on Tuesday that he planned to submit a bill to the House of Assembly on the abolishment of pension payments to former governors and their deputies.