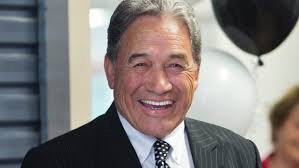 All eyes are now on Winston Peters, the man who has turned out to be the kingmaker after New Zealand’s inconclusive general election.

Already, the National Party is preparing to start talks with him, after Prime Minister Bill English’s election result in which it secured a comfortable margin over the Labour opposition.

But it was Peters and his often controversial New Zealand First Party who emerged in a position of power, with both National and Labour needing his support to form a government.