UAE suspends flights to and from Nigeria again

New science from the Campaign to End Loneliness found that over a decade of someone’s life, loneliness could cost the NHS and other health services around £6000 per person thanks to the related health issues.

Clearly, something needs to be done. Loneliness in today’s world, digitally more social than ever, is an even bigger problem than the mounting obesity crisis, MH investigates. The Office of National Statistics recently found the UK to be the loneliest country in Europe. 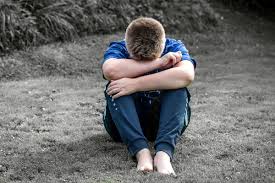 Obesity is often spoken of as the plague of our age. But a new study has found that loneliness is more prevalent and deadlier and is something far more of us are expected to experience in our lives, often without realising it’s happening. The study of social isolation and loneliness was carried out by Brigham Young University, Utah and found that while obesity increased risk of death by 30%, loneliness increased it by half.

A study in blues

Leading the study was Dr. Julianne Holt-Lunstad, professor of psychology at the university. She said, “Being connected to others socially is widely considered a fundamental human need, crucial to both well-being and survival. Extreme examples show infants in custodial care who lack human contact fail to thrive and often die, and indeed, social isolation or solitary confinement has been used as a form of punishment.”

“An increasing portion of the western population now experiences isolation regularly,” she says.

It is important to point out the difference between merely not being around people or ‘me time,’ and the experience of chronic loneliness. It is in the latter that the problem lies.

Feelings of loneliness initially cause people to feel worse mentally and to significantly affect happiness levels. This is then seen to have a detrimental effect on physical health.

Those who are lonely are no more likely to get ill but will suffer far worse symptoms and slower recovery times than those who are identify as not lonely. A study by Granset – the social network for the over 50s – recently found that 75% of UK retirees describe themselves as lonely and most do not feel they have someone they can talk to about their concerns.

Lonely in a crowd

What also needs to be made clear is the difference between isolation and loneliness. Of those in the Granset study who did have social connections, 70% said their family and friends would be surprised to discover that they felt lonely.

The Office of National Statistics recently found the UK to be the loneliest country in Europe. To quantify that, it costs £26 million each year in loss of earnings due to illness exacerbated by loneliness. GPs have said many cases they view are made worse by loneliness and can be remedied by initial, non-GP, face to face social and talking care.

Dr Holt-Lunstad said: “There is robust evidence that social isolation and loneliness significantly increase risk for premature mortality, and the magnitude of the risk exceeds that of many leading health indicators… With an increasing ageing population, the effect on public health is only anticipated to increase. Indeed, many nations around the world now suggest we are facing a ‘loneliness epidemic. The challenge we face now is what can be done about it.”