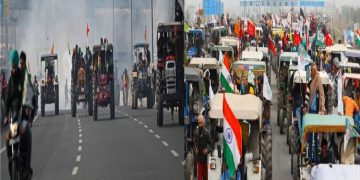 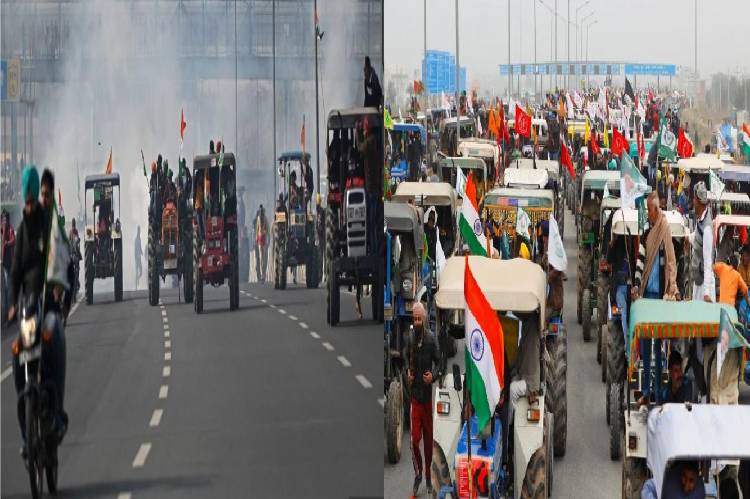 The celebration of the 72nd Republic Day of India on Tuesday was disrupted by farmers who had trooped out in New Delhi to protest Prime Minister Narendra Modi’s new agricultural laws.

According to reports, several rounds of talks with Modi’s government have made little headway.

Police fired tear gas to disperse a crowd of angry protesters who stormed the nation’s capital.

Farmers alleged that they were subjected to harsh and exploitative farm laws which at best, was enriching the elites.

New York Times reports that the “farmers rose up, saying that the government’s easing of regulations had left them at the mercy of corporate giants that would take over their businesses.”

In its reaction, the Delhi police accused the farmers of breaching public peace, thereby injuring its officers.

“The agitators chose the path of violence and destruction,” the statement partly read.

Reports say farmers have been protesting for months against the new laws which they say will destroy their livelihoods and favour large businesses.

But the Government says the laws would increase farmers’ income through private investments.

The farmers’ union are pushing for repeal of the laws, after rejecting a government proposal to suspend the measures it says will usher in much-needed steps to boost farmer incomes.