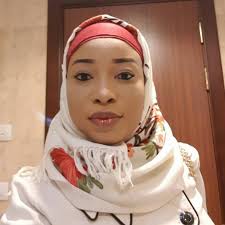 Popular actress, Liz Anjorin, has opened up that she didn’t convert to Islam because of any man. The single mother of one in her chat reiterated

she further disclosed that her name remains Liz Anjorin even after she has traveled to Mecca twice. “This is my second time of going to Mecca after my conversion; I went first in 2013. My name remains Liz Anjorin, but I adopted the Muslim name, Aishat, and that’s all. My father was a Christian, while my mother was a Muslim. I only decided to follow my mother’s path.”

She also reveals how Islam has affected her positively: The actress also stated that her new religion has caused her to change her mode of dressing. “I’m a private person and people don’t know much about me. If you check my Instagram page, you would see that my mode of dressing has changed. But as a celebrity and entertainer, I can wear anything to showcase my talent, which is work-related. I don’t need to write it on my forehead that I’m a Muslim.

TVC  gathered that in an Instagram post she shared on Sunday, September 17, 2017, days after she returned from her second holy pilgrimage, Liz compares Islam as being practiced in Nigeria and in the holy land. She wrote:

I watched some movie in my hotel room in Hajj and I saw how their actors and actresses interprets their given role perfectly, infact; Beyonce will learn from their dancers, they cracks jokes and they sings well. With the little study I did, life is 95% okay with them cos they are very secretive, they take good care of their wives , they were well organized and well cultured cos you can’t see any of them eye to eye except someone of high-ranking take you to them. So why is it that the pple they brought Islam to, is now turning it upside down?

I was in Hajj in 2013 and my instinct changed patapata, I realized; Islam is far from how some pple portrayed it, I realized; Prophet Muhammad( s.a.w) really tried in telling pple not to fight, not to kill and not to hate. You will see someone that hasn’t leave his/her village telling pple that’ve gone to Hajj how to dress and not to work or pursue their career again cos they go to Hajj; go to Hajj and see how beautiful life is, no carry your poverty brain with fairly used stolen phone come type trash on my page. You call yourself a Muslim and you still they follow masquerade, you dey put mouth for things that doesn’t concern you, as some country they kill theirself finish you see Saudi pple chuk mouth?? NO, Cos they knew that is not God’s will…. yalllaaa in Saudi voice, carry your poverty brain comot for my area awon oniranu gbogbo, e ma foruko anobi siise kise, e ma foruko anobi rojowewe 3× anobi ta o ri ta n jeran e.. e ma foruko anobi rojowewe‎”.

The Owo Nairabet actress also stated that her new religion has caused her to change her mode of dressing, stating that she is an introvert and would not like to disclose anything private about her life to the public anymore. “If you check my Instagram page, you would see that my mode of dressing has changed. But as a celebrity and entertainer, I can wear anything to showcase my talent, which is work-related. I don’t need to write it on my forehead that I’m a Muslim.”