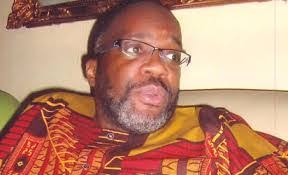 The police command in Nasarawa State on Wednesday confirmed the abduction of a former Minister of Labour and Productivity, Husseini Akwanga.

Akwanga served during the administration of President Olusegun Obasanjo but was removed in 2003, following an alleged multi-million dollar national identity card scam.

The spokesman of the Nasarawa State Police Command says Akwanga was kidnapped by gunmen at his farm in Akwanga town, north of the capital Lafia.