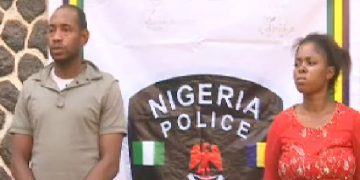 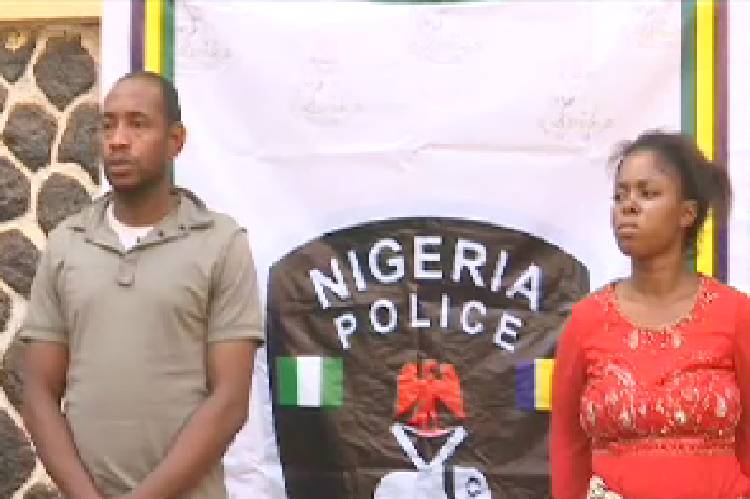 The Enugu State police command has arrested a couple who brutalized a 10 year-old housemaid for not keeping up to her duty at midnight.

The couple stamped the 10 year-old maid with a hot pressing iron and drove a six-inch nail into her head.

A neighbour raised the alarm when the girl screamed in the middle of the night, and came out with blood dripping from her head, and several burns on her body.

The incident got the attention of the state government, and a coalition of Civil Society Organizations is now calling for justice for the daughter of a widow with four children.

Parading the suspects, the Commissioner of Police, Ahmed Abdul-rahama narrated the incident that led to the arrest of the couple who was later arraigned at the Magistrate court.

A mild drama ensued between the duo, as the couple openly accused themselves of complicity before the State police commissioner .

The state government has ordered that the girl should be moved to a medical facility, with a promise to offset the bills and place her on life scholarship.

NAPTIP 2017 data analysis revealed that out of 98 reported cases of “employment of child domestic workers and inflicting grievous harm”, 16 were fully investigated.

The matter has been adjourned to 10th of August, while the couple are currently remanded at the Nsukka Correctional facility.