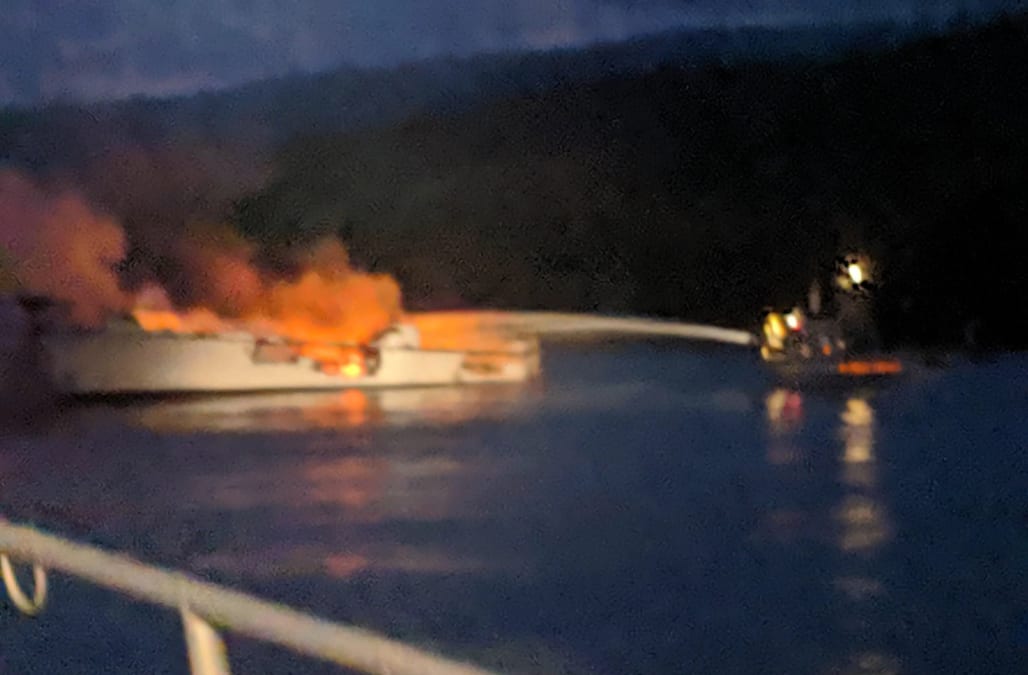 Eight people are dead and more than two dozen passengers are missing, after a 75-foot commercial diving boat caught fire off the coast of Santa Cruz Island in Southern California.

Four of the bodies have been recovered, while the bodies of the other four victims were spotted at the bottom of the ocean.

There were a total of 39 people on board- 33 passengers and six crew members.

The cause of the blaze is not clear and authorities say there is no evidence of a criminal act.

The vessel is now submerged as a search and rescue operation continues.