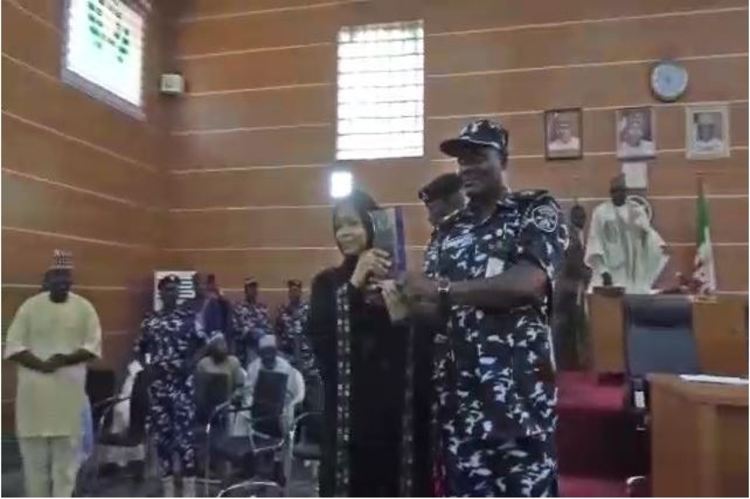 The Borno State House of Assembly has presented an award to former Commander of the Defunct Special Anti Robbery Squad, CSP Ibrahim Mohammed, for his distinguished bravery and gallantry in the counter insurgency fight against the Boko Haram, sect, armed robbery, armed banditry, kidnapping and other crimes in the state.

This came barely 48 hours when members of the Civil Society Organizations and teaming youths took to the streets of Maiduguri in a peaceful protest in support of the existence of SARS, despite the fact that many people across the country. 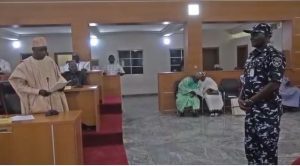 Presenting the Award during the plenary session, the Deputy Speaker, Rt Hon Abdullahi Musa Askira said, the Honour became necessary in view of the tremendous contributions CSP Mohammed and his Team displayed in the process of fighting crimes, especially the lingering Boko Haram crisis in the state.

CSP Ibrahim Mohammed appreciates the awards saying even though SARS have been disbanded, he still remains a Police Officer who will always strive to offer his constitutional responsibility in the fight against crime when called upon in the state.