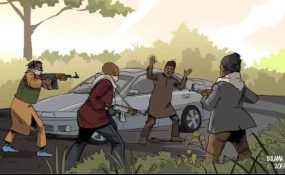 The federal government has been urged to incorporate local vigilantes in the fight against kidnapping in the country. A traditional ruler in Ondo State, the Oloba of Uso gave the advice in his palace in Ondo while receiving members of the Alumni
Association of the University of Benin in his palace.

The team, led by the President of the Alumni Association, Obiasor Ikenna, described education as a veritable tool for national development.

Oba Ademola Olanipekun on his part, expressed worry over the high rate of kidnapping in the country and urged the federal government to adopt state policing, which he said would go a long way in tackling insecurity.

Directors of security formations converge on Kaduna to strategize against threats