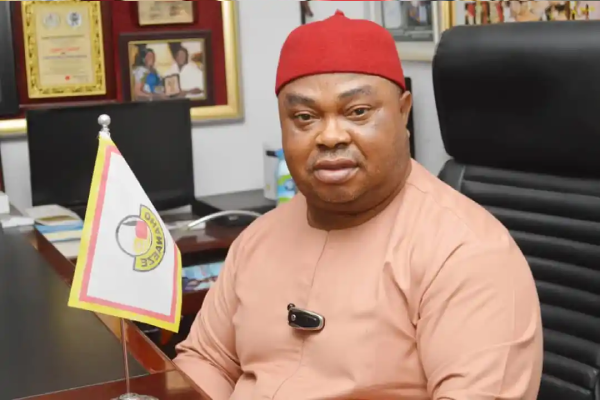 President of Ohaneze, Lagos state, Solomon Aguene has dispelled rumours of Igbos being under attack in Lagos.

According to the state’s Igbo leader, he said the rumour appeared to be sparked by a problem with the collection of voter registration cards, PVCs.

Aguene appealed to Governor Babajide Sanwo-Olu to intervene in the matter so that Igbo in Ojo, Ikotun, and other Lagos suburbs could obtain their ID cards without difficulty at INEC registration centers.

Chief Aguene stated that, contrary to popular belief, the Igbo face no threat to their peace in Lagos.

He noted that over 1,500 persons approved Governor Sanwo-Olu for a second term at the Ohanaeze general meetings held at Calabar Hall, Ajao Road, and that Igbo in Lagos can only vote for the All-Progressives Congress massively by obtaining their PVCs (APC).

The apex Igbo socio -cultural organization, in its bid to sensitize Igbo in Lagos to their civic responsibility, made the acquisition of PVCs mandatory for full membership of the organization.

According to the Igbo leader, Governor Sanwo-Olu has demonstrated love and strong attachment to the Igbo living in Lagos, hence the huge support for his administration.

The Igbo ethnic nationality is not in contention with any tribe, he said, reiterating the harmony, cordiality and friendliness that have existed between the Igbo in Lagos and their Yoruba hosts. He said the Igbo have invested massively in the development of Lagos and would not do anything that can jeopardize these investments.

The Apex leader of Ndigbo in Lagos called on the Governor and the members of the public to disregard statements or information purportedly issued on behalf of Igbo people in Lagos from any individual or group which does not emanate from the office of the President of Ohanaeze Lagos or the secretariat at James Robertson Street, Surulere, Lagos.