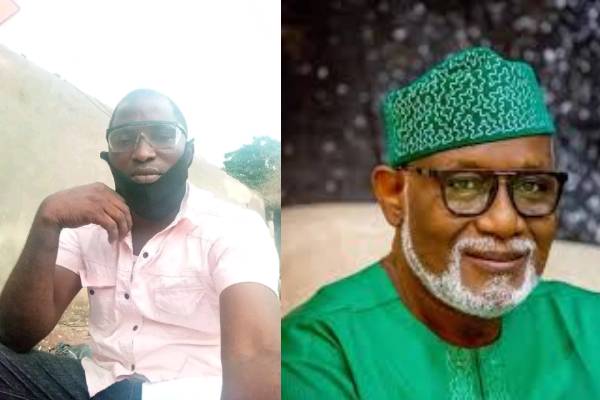 Unknown gunmen suspected to be bandits, have attacked and killed a 49- year old man, Abayomi Olukoju, in Ajowa Akoko, Akoko North West Local Government of Ondo state when trying to escape being kidnapped

The bandits, it was gathered had laid seige on the road while the victim who was travelling between Ajowa Akoko/ Akunnu road ran into them and tried to run away from the bandits.https://www.tvcnews.tv/purplegold/post-new.php#

Olukoju who was travelling on a motorcycle parked and took to his heel only to ran into some other members of the kidnappers who shot him from behind after he failed to stop.https://www.tvcnews.tv/purplegold/post-new.php#

According to a source, Olukoju who was returning to his station, was travelling to Obajana to resume duty on Monday.

The source said the deceased was a staff of Dangote company.

He however, said the lifeless body of Olukoju was discovered by some travellers coming from Abuja in his pool of blood and reported the incident at the police station.

The source said some policemen from the area and soldiers visited the scene of the incident and combed the area but no arrest was made while the remains of the deceased were deposited at the morgue.

Speaking on the incident, Soji Ogedengbe, lamented the incessant killings in the community, saying many residents of the community had been kidnapped and killed in the last few months.

The Ondo State Government had as part of efforts to curtail rising insecurity caused by the presence of bandits and Other criminal elements masqerading as herders in the Forest Reserves in the State enacted an anti open grazing law to regulate such activities.

The Governor Arakunrin Oluwarotimi Akeredolu has also been in the forefront of strenghtening the scurity of Southern States as Chairman, Southern Governors Forum following the ongoing harrowing experience of the Northwestern States.