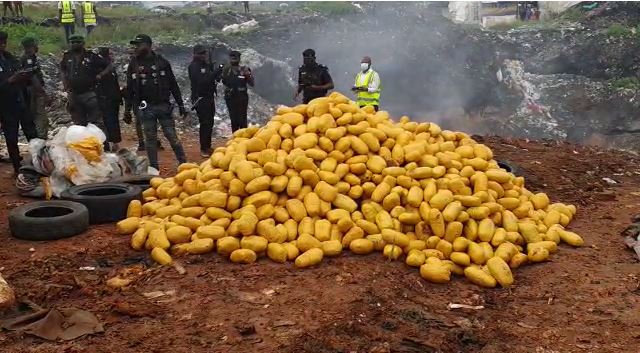 Drugs with the street value of ten million has been destroyed in the Ikorodu area of Lagos state by the joint efforts of security agencies.

The police, National Drug LAW Enforcement agency and other agencies Tuesday destroyed the Drugs at Ewu Elepe dumpsite in Ikorodu.

Leading other agencies on the operations, the police say the destruction became necessary after obtaining court order.

The drugs they say were intercepted at mile 2 area of the state by officers of the rapid response squad RRS.