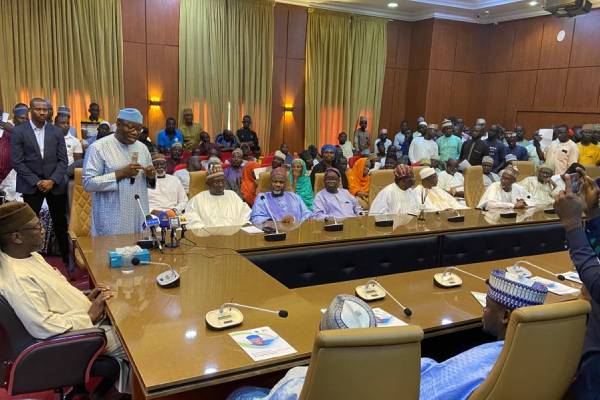 Ekiti State governor and APC Presidential aspirant Kayode Fayemi said Nigeria needs a young and vibrant leader that can employ revolutionary ideas in addressing the problems that befalls the country.

He stated this while visiting party delegates in Niger state.

Governor Feyemi While convincing delegates of the need to support him at the party primaries said he believes in the Nigerian project and has demonstrated this resolve from as pro-democracy activists during the military regime.
He said he is determined to solve the problems of insecurity by revamping the entire security architecture of the country. He said poor power supply has limited the growth of the economy and he intends to create mini and sub grids to complement the output of the national grid.

He further promised to address the reward system in the party ensuring that those that worked for the success of the party will be recognised and duly considered in benefits.https://www.tvcnews.tv/purplegold/post-new.php#

He further asked the aspirant to ensure that the Baro port becomes operational if he emerges as the president of Nigeria as the port will not only be beneficial to the state but the entire northern region. 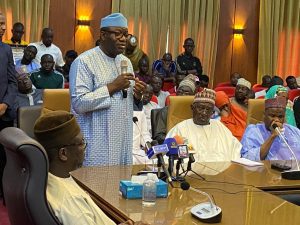 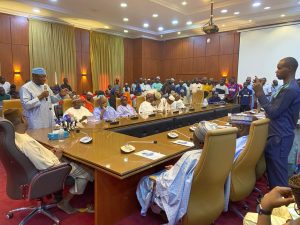 He has now also thrown his hat into the ring in the contest for the Presidential ticket of the All Progressives Congress.

He is also expected to insatll a successor which will be the first time a sitting Governor in Ekiti State will return or install his successor since the creation of the State.

No sitting Governor has ever served consecutive terms or install a successor since 1999.

I can vouch for Oyebanji’s pedigree, competence- Sen Bamidele