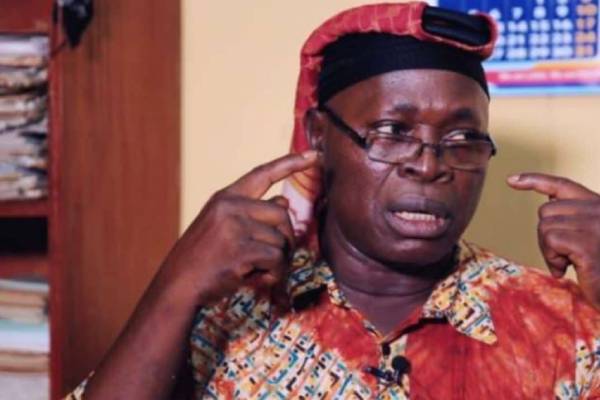 MURIC, The Muslim Rights Concern, has urged Sokoto Muslim youths who are protesting against the arrest of suspected killers of Deborah Samuel of Shehu Shagari College of Education to leave the streets.

Deborah a Christian was murdered by her fellow students for allegedly blaspheming Prophet Mohammed. Police later said they had arrested two of the perpetrators.https://www.tvcnews.tv/purplegold/post-new.php#

MURIC reacted to the protest through a statement by its Director, Professor Ishaq Akintola.

The group said; “There are reports of ongoing demonstrations in Sokoto today, Saturday, 14th May, 2022 over positions taken on the killing on Thursday of a female student in the state .

“The Muslim Rights Concern (MURIC) has appealed to all those involved to calm down and allow peace to reign.https://www.tvcnews.tv/purplegold/post-new.php#

“MURIC salutes Governor Aminu Tambuwal, His Eminence the Sultan and the good people of Sokoto. This is not the time to be divided in the state, rather it is the time to unite and work for peace. What happened on Thursday should bring the people of Sokoto together and unite them with the governor and the Sultan.

“As the seat of the caliphate, we must always ensure that Sokoto State is peaceful. The state must be allowed to develop both spiritually and economically. We therefore appeal to all demonstrators to disperse. We must allow our hardworking governor to serve us in peace. Please go home peacefully and return to your lawful duties.

“The Ummah as a whole from Yenagoa to Kaura Namoda and from Lagos to Jigawa has tons of love and immeasurable respect for Sultan Muhammadu Sa’ad Abubakar. We demand same from the Muslim youths in Sokoto State. We therefore urge the youths to leave the streets and return peacefully to their homes as their grievances are being addressed by our amiable governor.”

The Muslim Rights Concern had earlier on Friday condemned the attack by some Youth who murdered a fellow student, Deborah Samuel, at the Sheu Shagari College of Education sokoto on Thursday.

She was alleged to have insulted Prophet Muhammad (SAW) by her killers.