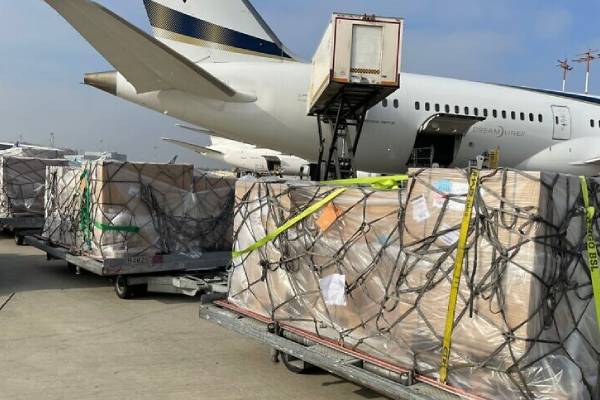 Israel’s Defense Ministry announced on Wednesday that it had provided 2,000 helmets and 500 safety vests to emergency and civilian organizations in Ukraine.

Defense Minister Benny Gantz announced last month that he would authorise the delivery of helmets and vests, signaling a shift in Israel’s stance on such equipment. It is in response to a request for supplies from Ukraine.

Israel, as a mediator in the Ukraine-Russia crisis, condemned the Russian invasion but limited itself to humanitarian assistance. It has been wary of putting strains on relations with Moscow, a power broker in neighboring Syria where Israel coordinates strikes against Iranian deployments.

According to the United Nations Refugee Agency, the number of people fleeing Ukraine to escape Russia’s invasion has surpassed 6 million, making it Europe’s biggest refugee crisis since World War II.

The Russian invasion, which began on February 24, has resulted in a massive outflow of people, including more than 8 million Ukrainians. According to the United Nations, 6.03 million people have fled Ukraine as of Wednesday.

The majority of them entered the European Union through Poland, Slovakia, Hungary, and Romania.