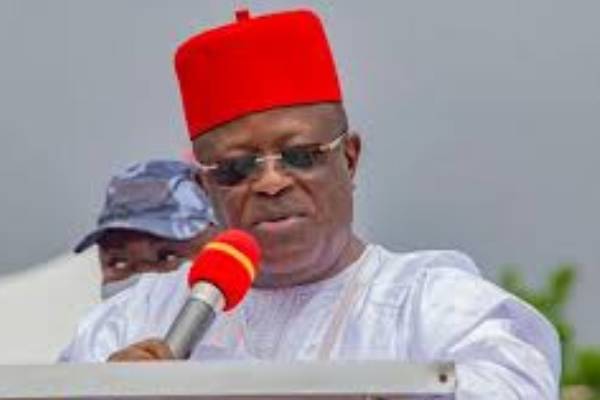 A source said the hoodlums stormed the chairman’s home in Ekpaomaka on Tuesday night but didn’t meet him at home.

The invaders shot three of his relatives as well as the security guard on duty dead.https://www.tvcnews.tv/purplegold/post.php?post=197424&action=edit#

Orogwu confirmed the incident to our reporter in an emotion- laden voice.

He said: “They attacked my house at night and killed my elder brother and two of his son’s and our security guard”.

He also said the gunmen razed the family’s house.https://www.tvcnews.tv/purplegold/post.php?post=197424&action=edit#

It was further learnt that the corpses of the victims were taken to a mortuary in Abakaliki.

The reason for the attack could not be ascertained as of the time of filling this report.

Ebonyi Police spokesperson Loveth Odah said she was away on official assignment when contacted for comments.

Ebonyi State just like all South Eastern States has suffered from a lot of violence mostly attributed to members of the Indigenous People of Biafra who have continously protested the ongoing Trial of their Leader, Nnamdi Kanu.

The attacks have also involved other elements like the communal crisis in parts of the State which has led to the deployment of Military personnel.

This attack may also not be unconnected to the enforcement of the Sit-At-Home order by members of the IPOB/ESN despite the presence of the Eastern Security Network also known as the EBUBEAGU.

Nnamdi Kanu’s Trial resumed in Abuja with his application for bail not granted by the Court which is seeking explanation on his whereabouts since he jumped bail in 2017.

It will be recalled that Ebonyi State Governor, Engineer Dave Umahi, who recently defected to the ruling All Progressives Congress

from the Peoples Democratic Party is also a Presidential aspirant on the platform of his new party, the APC.

The coming days, weeks and months will determine how the Presidential ticket contest will end and whether the Security situation in the State and the whole South East will improve for the better.

America to impose Visa restrictions on promoters of violence in Nigeria