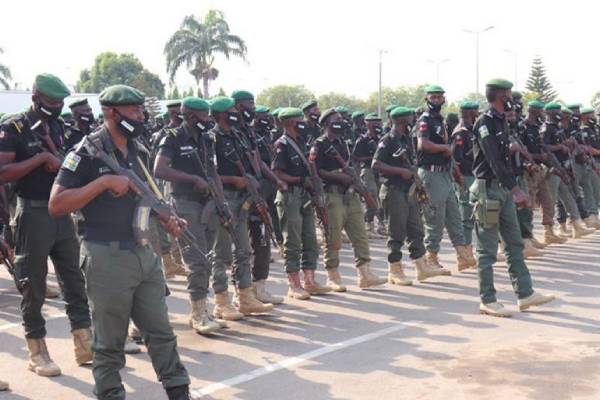 The police in Sokoto, Kebbi and Zamfara states has denied granting any group or groups of persons permission to embark on any peaceful street protest.

The police in a statement signed by the zonal public relations officer of Zone 10 comprising of Sokoto, Kebbi and Zamfara states, ASP Adamu Abbas sayshttps://www.tvcnews.tv/purplegold/post.php?post=197680&action=edit#
Police is not aware of any rumoured planned peaceful protest, and that the Nigeria Police has not, to the best of their knowledge granted any group the permission to embark on any peaceful protest.https://www.tvcnews.tv/purplegold/post.php?post=197680&action=edit#

Mr. Abbas in the statement said all security mechanism have been put in place to ensure that no groups of individuals take laws into their own hands by convening any unlawful gathering capable of escalating the current security situation in the zone

According to him, the AIG Zone 10 Sokoto has therefore advised that parents should warn their wards to desist or stay away from any act of illegality capable of constituting nuisance and the breach of the public peace throughout the Zone.

The AIG was quoted in the statement to have warned that anyone caught engaging in any act capable of breeching public peace, shall be made to face the full wrath of the law.https://www.tvcnews.tv/purplegold/post.php?post=197680&action=edit#

He therefore advised that everyone should be vigilant and report all suspicious activities, movements and actions of persons and individuals to the nearest Police Station for immediate action.

The AIG said citizens should go about their lawful businesses as he assured that officers and men of the Nigeria Police, the Nigeria Army and other sister security agencies have been deployed to flash points and strategic locations to maintain peace and orderliness within the zone under his watch.

He also directed that officers and men should leave no stone unturned as regards to crime prevention, they are therefore all warned to be alive to their various tasking responsibilities.